Ice fishing walleye - popular goal of many anglers when they go out on "Hard Water".  Why?  Perhaps it is because of their "Glass Eyes" and how they look.  Perhaps it is because of how they taste when pan fried, broiled or baked.  It could be because of how large they can grow and you never know how big the next one will be.   It is likely all of these reasons.   18 -25 inch walleye are not uncommon - and provide large fillets for dinner. 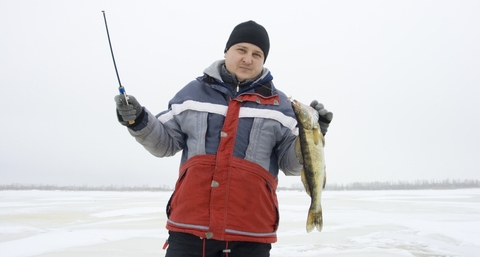 When you catch an 18-25 inch walleye, you will find they offer nice size fillets for dinner.  That also means that when you catch an ice fishing walleye you don't have to catch very many to serve several people a delicious meal.  Now, you won't always catch walleye,  There is a thrill when ever you hook a fish, and added excitement by not knowing which species will surface.  There is something about pulling up any fish through an 8 inch hole in the ice.  Just to know there is still a world that is alive and well beneath all that ice is amazing. 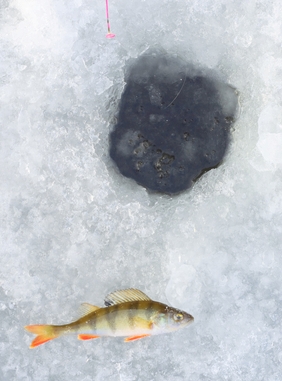 Ice fishing perch is another common and fun fish to catch.  Perch tend to be found in schools.  When you catch one you are likely to catch several.  You can use your ultra light for perch, but may need to use a bit heavier rod and reel if anticipating catching walleye.  Perch is also a great tasting light fillet, however, they are generally much smaller which means that you will need to catch that many more perch to feed your guests for dinner. 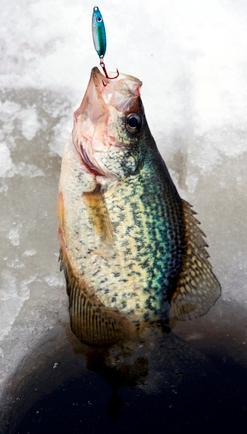 Ice fishing crappie are also fun to catch.  They also can be a schooling fish which means that when you catch one you are likely going to catch at least a few others.  Crappie fillets are nearly a pure white and their taste observed by many is second only to a walleye. 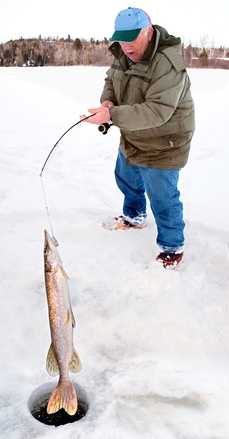 Ice fishing northern pike is a whole different story.  Northern Pike are angry fish.  As you can see in these pictures northern pike can grow to be very long, and a fillet from one 25 inch northern pike can serve 2-4 people.  Northern Pike when caught appear to be gazing at you and sometimes will swing their mouth towards you as if to say "I am going to take a bite out of you too."  (OK that may be a bit of a stretch, but catching a Northern Pike is an adventure.)  Cleaning pike is a bit more of a challenge as they have a slime coating that needs to be rinsed from the fillets.  In addition they have a second set of bones called the "Y" bones.

Northern Pike "Y" bones can be removed during the fillet process.  Some anglers will remove the rib bones as with other fish, and then remove the "Y" bones after cooking, as they believe that they come out easily after cooking.  Either way, all bones need to be removed.  Northern Pike fillets tend to be a bit yellowish white before cooking that changes to nearly perfectly white when cooked.  They also taste very good. 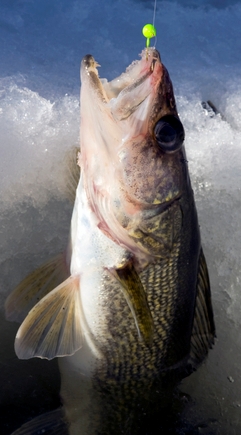