The term boat anchor radio on the surface appears to have no meaning, but when you understand its origin it makes perfect sense.  In fact it describes a tongue-in-cheek summary of the rapid changes and improvements in technology.   It  pretty uniquely describes what both the usefulness and worth of outdated and obsolete radios, computers, and all sorts of other electronics amount to.  Today many of these components are recycled, but when this phrase was first used, many of these old items were pitched in the dump.  Some radios were reportedly even used as boat anchors! 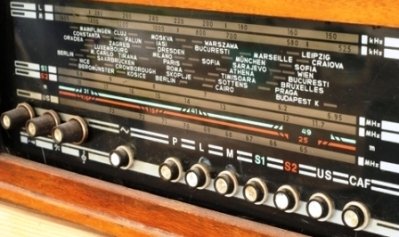 2 way radios, ham radios, AM/FM/SW radios and televisions were initially built using heavy steel frames with tubes, resistors and lots of copper wire.  Many of these units weighed 50 to 100 pounds or more.  Early computers were also very large, and even though they processed very simple equations they were bigger and heavier than some of the radios. 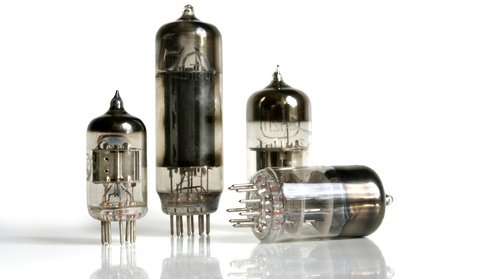 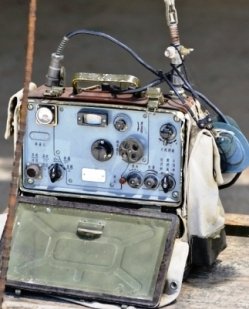 The question emerged:  What are we going to do with these old pieces of equipment?  These outdated radios were heavy and no longer had any real utility value.  "Just tie a rope around it and make it a boat anchor radio" became a very common answer to this question about a wide variety of outdated and obsolete equipment.  There are several different stories as to the origin of phrase - all seeming to have originated during or shortly after WWII.

Make Your Own Anchor

What if you want to make a real boat anchor?  The most common method is to use a 1/2 -1 gallon tin can with a long eye bolt sticking out filled with concrete.  This offers weight as well as friction on the bottom and will work well with most smaller fishing boats.  Another option is an 8-12 inch piece of rail road rail - provides enough weight and drag needed to hold most smaller fishing boats.