We do not recommend adding omega 3 fish oil or any supplement to your diet without first asking your doctor.   We do not prescribe nor diagnose any conditions, simply offer a summary of some of the information available regarding omega 3 fish oil.   Before you begin taking any supplement always discuss all your health care concerns with you physician.  Some people add a fish oil supplement for heart health and managing cholesterol - as part of their overall treatment plan prescribed by their physician.

The answer is "YES".   Omega 3 Fish oil is mostly made up of nutrients called Omega 3 Fatty Acids (O3FA).   Why all the fuss on a fishing website?  It turns out that Omega 3 Fatty Acids are essential nutrients for our bodies to function normally and healthy.   Of particular interest we are not able to make these on our own which means we must rely on our diet to obtain them - so we should eat more fish!   If we do not eat enough foods rich in Omega 3 Fish Oil we should find a supplement to provide them for us.   O3FA nutrients are important to humans because they serve  as building blocks for our normal functioning. Our bodies turn these O3FA's into other nutrients which play a vital role in brain functioning, our growth and development, and have been linked with a variety of positive health benefits. 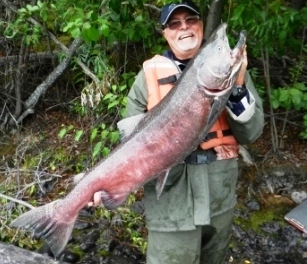 Salmon, trout, swordfish, tilefish, albacore tuna, halibut and shark are all fish that are rich in Omega 3 Fish Oil.  What could be more fun than catching a large salmon, anticipating a great Salmon Bake, and then knowing that your dinner will be not just good tasting, but good for you also!  Fish do not actually make Omega 3 Fatty Acids, rather they accumulate it in their tissues through what they eat.  The highest concentrations of Omega 3 Fish Oil and therefore Omega 3 Fatty Acids are found in fish that consume large amounts of algae containing O3FA, or from eating prey fish that have consumed large amounts of this same algae.  Fish is so great to eat because they are a good source of protein, and the fat contained is unsaturated fat, unlike other meat sources.

Perhaps you have heard that some fish are not safe to eat.  It is true that the FDA has issued a concern to not eat too much of certain oily fish because they may contain small amounts of toxins such as mercury.  It has been found that some swordfish, shark, tilefish and albacore tuna can contain amounts of mercury in excess from 1-2 parts per million, which has been determined to be the level that is considered to be potentially toxic if consumed in large quantities.  As a result if you desire to eat these types of fish, do so cautiously, and not frequently.   Extra caution should be given during pregnancies.

Healthy fish high in Omega 3 Fish Oil and O3FA include Salmon, Trout, and Halibut.   Fish oil from these fish contains two primary fatty acids called EPA and DHA.  These are short for a longer names - Eicosapentaenoic Acid, and Docosahezaenoic Acid.  You won't need to remember these nutrient names because if buying a nutrient supplement the label will contain these two abbreviations for you.  Your body needs and uses EPA and DHA to make another nutrient called eicosanoids, which is actually the nutrient that is believed to provide health benefits including helping with inflammation.

Sources O3FA Other Than Fish

In addition to oily fish, O3FA can be found in some plant and nut oils.  ALA - another nutrient that can be converted to EHA and DHA in the body, is found in flaxseed, flaxseed oil, canola oil, soybeans and soybean oil, pumpkin seeds and its oil, walnuts and walnut oil plus krill and algae from the sea. There are many fish oil supplements that are available to be taken by mouth.  The American Heart Association recommends getting your Omega 3 Fish Oil from your diet by eating salmon twice a week.  If you are unable to do this, don't like salmon or your physician suggests you begin taking a fish oil supplement look for one that provides you with both EPA and DHA. 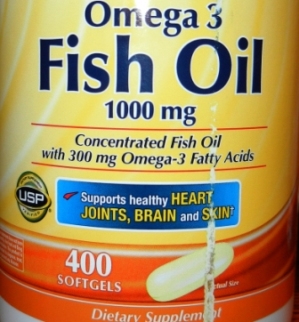 The daily amount of fish oil recommended is actually measured by the amount of EPA and DHA contained in your diet or supplement.   Typical recommended daily amounts of EPA and DHA range from 750mg to 1500mg.   Supplement labels may say they are 1000 mg fish oil, but when you read the entire label to find the amount of EPA and DHA:  the product above has 600mg of combined EPA and DHA per capsule, the rest may be fish oil, just not these two essential elements - which is not a bad thing it simply means that you will have to take 2 or more capsules per day to obtain a recommended amount of 750-1000mg or more of EPA plus DHA.  CardioTabs is one brand that appears to have higher levels of these elements and is taken by many people.  It reports to have very little odor or leave an after taste, and provides a great source of Omega 3 Fish Oil. 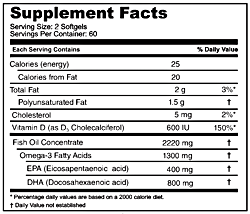 If a little is good, would a lot more be better?  Taking excessive amounts of O3FA can be unhealthy - including increasing the risk of bleeding.  Taking a supplement that gives you more than these amounts would best be done under the guidance of your doctor.  The AHA - American Heart Association - website is a great resource for you to review if you have additional questions.  Any recommended health benefit and subsequent dosing of a supplement should be discussed with your physician.

There are multiple references in the medical journals looking into a variety of health benefits of O3FAs.  It is generally agreed that O3FA has a positive impact on your cardiac health including decreasing triglyceride levels, having a small impact on high blood pressure, reducing the build up of plaque in blood vessels, and decreasing the risk of abnormal heart beats. 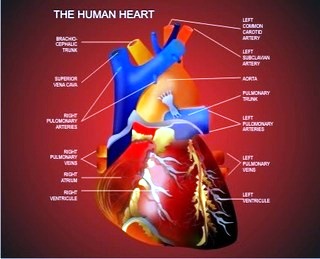 Because O3FA is a chemical building block in the inflammatory process, is found in brain tissues, and has a role in functioning and development there has been much research into possible impact in a variety of illnesses / diseases where O3FAs are found.  Always discuss with your personal physician any desired effects you are seeking before you begin any supplement.

Arthritis Studies: Because of the anti-inflammatory benefits of O3FAs it has been studied as an adjunct for rheumatoid arthritis. In general these studies show that there is some help with the symptoms and pain, but no impact on the progression of the illness. Some studies in patients with osteo-arthritis show improvement in movement while others are not as conclusive.

Osteoporosis - Bone Loss: There are mixed results in studies of O3FA impact on bone density and its impact on levels of calcium in bone. Some studies were positive while others were not positive. Discuss with your doctor possible benefits of O3FA for you if you have osteoporosis.

Mental Illness: O3FA has been studied as an adjunct for depression, bipolar disorder and Schizophrenia. The results showing the potential impact of O3FA are mixed, some show improvement in symptoms and others show no improvement. Discuss with your doctor any and all questions you might have about your health.

Impact on Eye Health: Studies looking at O3FA impact on Macular Degeneration showed a positive correlation in patients who had adequate levels of O3FA compared to those who did not.

Colon Cancer and Prostate Cancer: There seems to be a positive correlation between diets low in saturated fat, using foods with unsaturated fat when needed, and specifically high in fish oil containing O3FA with both the prevention of and the progression of these two cancers. Always discuss these health benefits with your doctor.

Other Disorders: Psoriasis, Inflammatory Bowel Disease, Asthma and Breast Cancer all have been studied but in small numbers. Results are not conclusive as to the possible benefits of O3FA with these illnesses.

The bottom line: eating foods or including supplements in your diet that provide an adequate amount of Omega 3 Fatty Acids can be a wise and healthy thing to do. Since your body can not make this, it must come from your diet or a supplement. While there is a body of evidence that suggests O3FAs play an important role in maintaining a normal healthy body we do not suggest you start adding this to your diet until discussed with your doctor