Sailing knots - are those fishing knots associated with making boat knots, tying off mooring rope, connecting rope to anchors and the like use types of rope that are strong, resist kinking, resist water damage and are very flexible.   Specific knots I have used most often when boating are listed below.  Each will have a separate page and guidelines how to tie the knot.  There are many additional knots and resources that review additional knots used less often and are not commonly used on a sport fishing boat of 21 feet or less. Some of these knots are more useful on large yachts or sail boats.

The dock rope loop is not really a knot, but uses commonly available dock ropes that come with a loop in one end.  These ropes are readily available at Bass Pro, Cabela's and other fine sporting good stores and come in common lengths of 15-25 feet.  One end is generally finished with a form of "whipping" and the other end often has a manufactured loop.  Simply pass the loop through the eye of the cleat or around a railing on your boat.  Pass the working end through the loop of the mooring rope which forms a great looking secure "Slip Knot" - which is secure so long as there is pressure on the working end.  This is also easily undone. 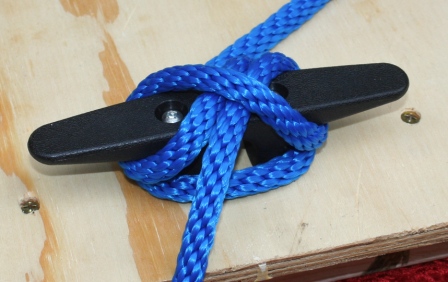 Of all the sailing knots the cleat hitch  is as its name describes excellent to tie off your vessel to a cleat on the dock, or tie onto a cleat on your boat.  You are able to very quickly wrap your mooring rope around the middle of the cleat to allow that wrap to control the boat then tie your knot to secure it to the dock, or secure the rope to your boat.  This is an easy sailing knot to tie, use and untie when needed.

Cleat Hitch With a Round Turn

The round turn added to the cleat hitch is actually used to describe the turn around the middle of the cleat, which then simplifies your tying of the knot because the boat will not be pulling on your rope.  A simple technique of using a twist when you tie off your rope is described which speeds up your tying process. 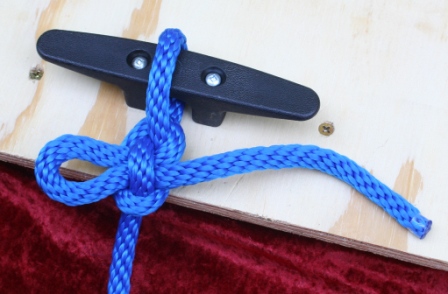 The Mooring Hitch is another useful sailing knot especially for a temporary tie up to a dock, or to tie a mooring rope on a dock to a boat railing.  This hitch can be easily undone when departing.  This is better used on smaller craft and/or on water that is not rough. 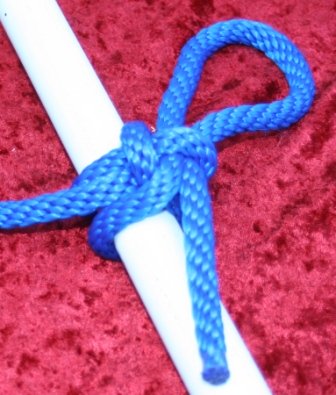 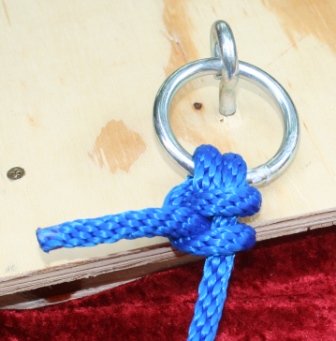 This bend resembles the other hitches and is often used to tie your anchor rope to the anchor.  It is also useful to tie to a ring, post, or railing.  This knot is very secure. 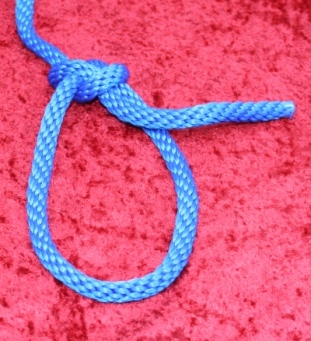 The Bowline-Knot forms a fixed loop at the end of your line, mooring rope or other rope.  Based on my research this knot is often considered one of the most common even called "essential" fishing, boating, or sailing knots.